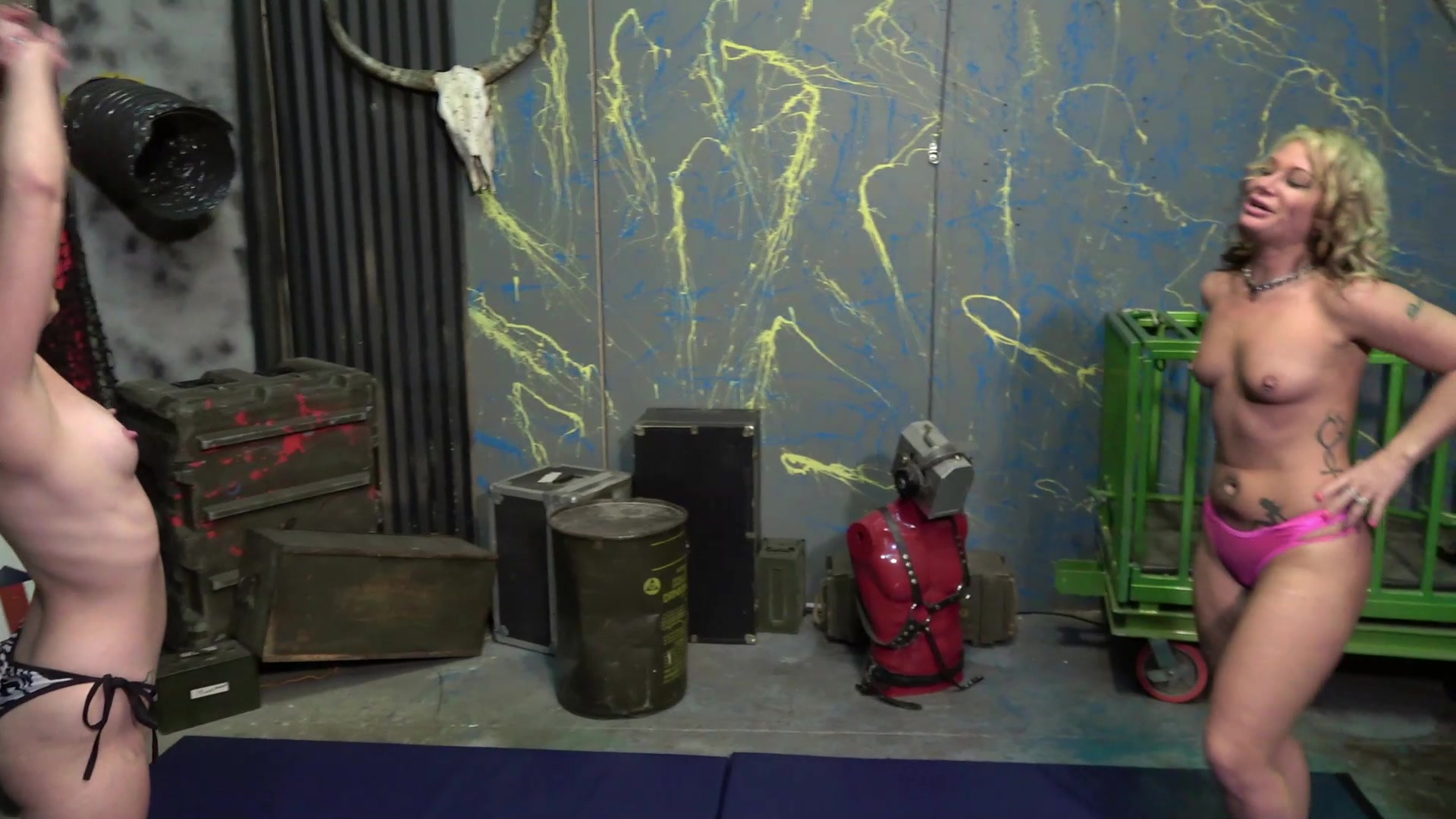 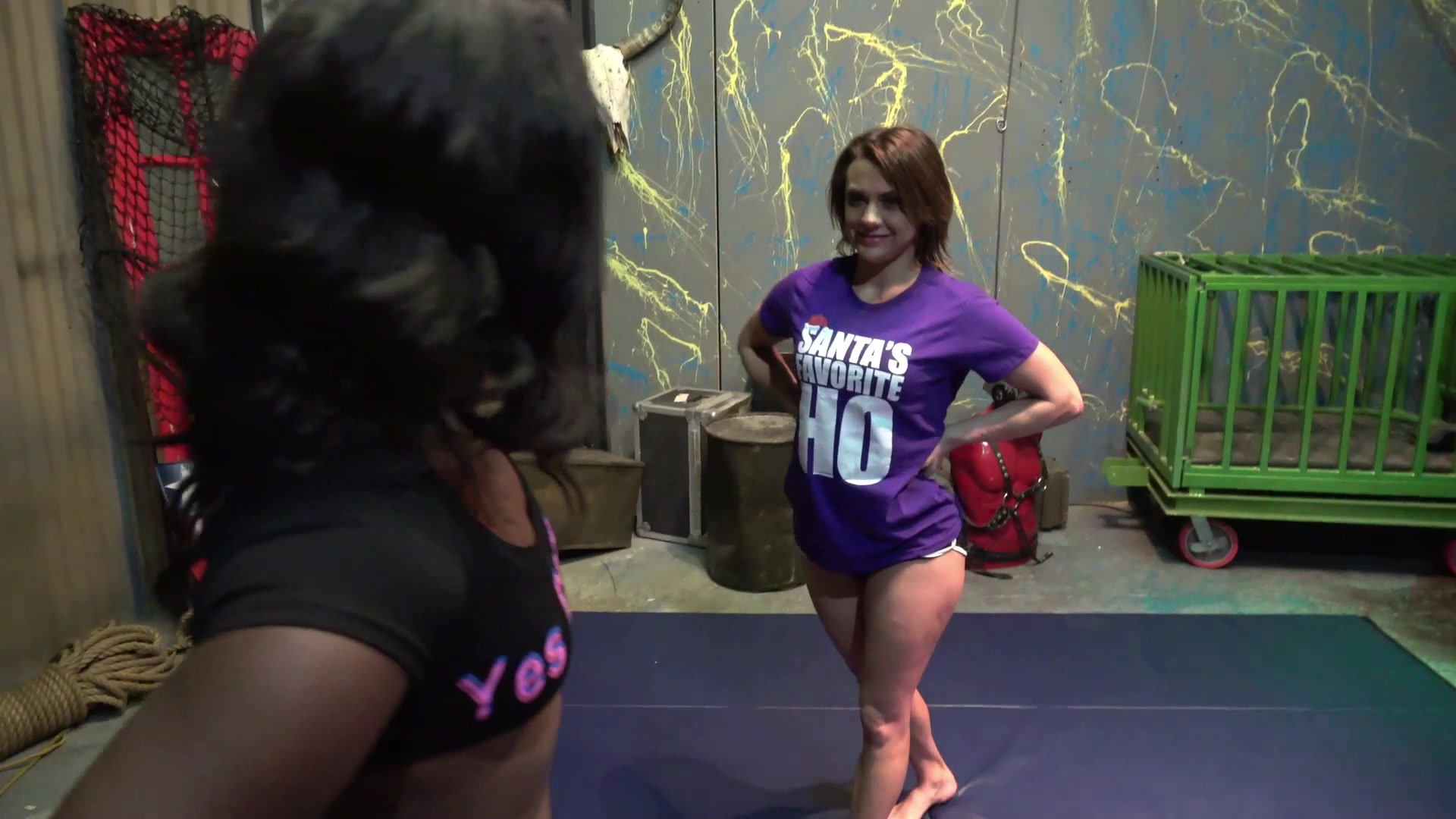 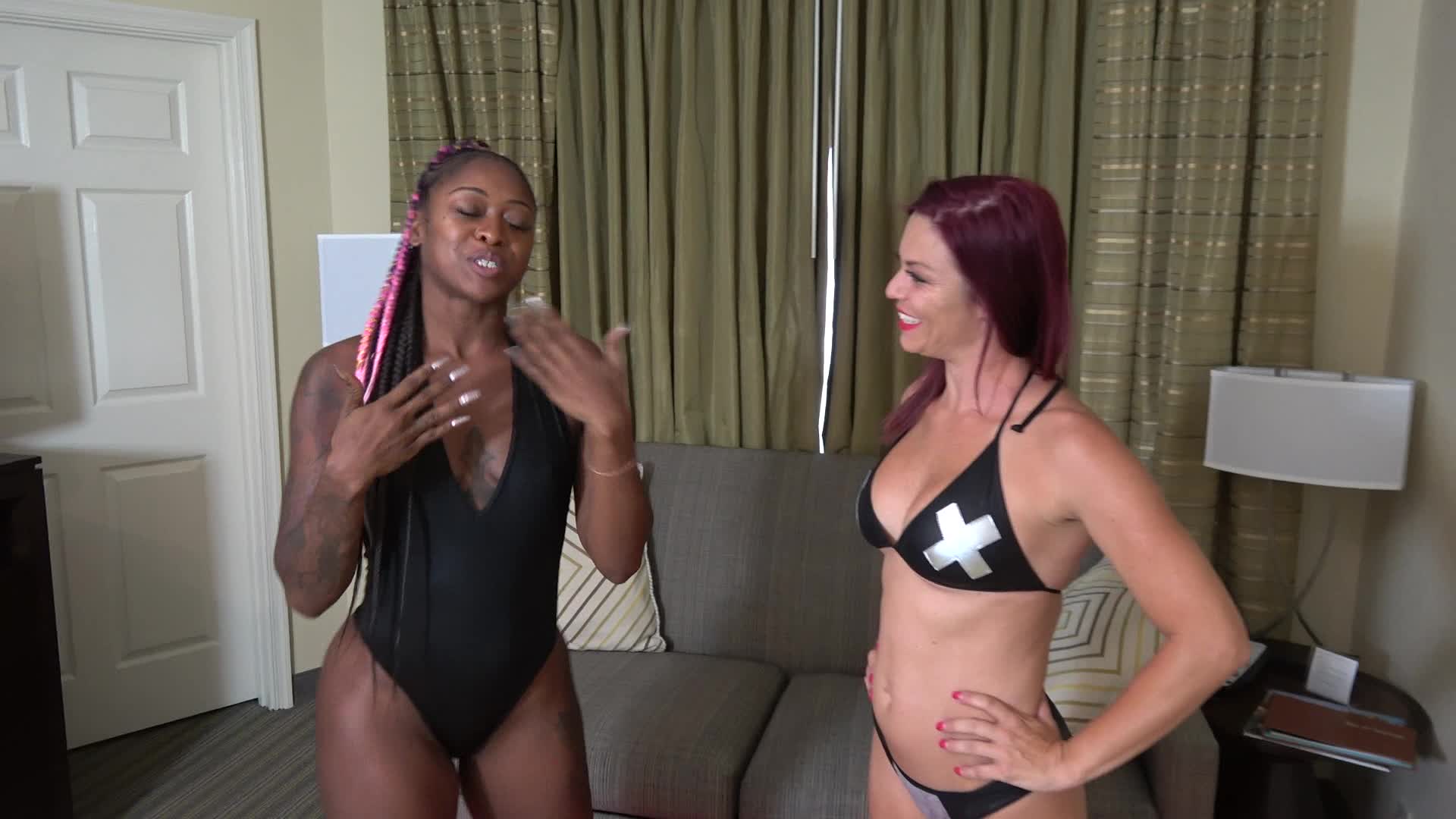 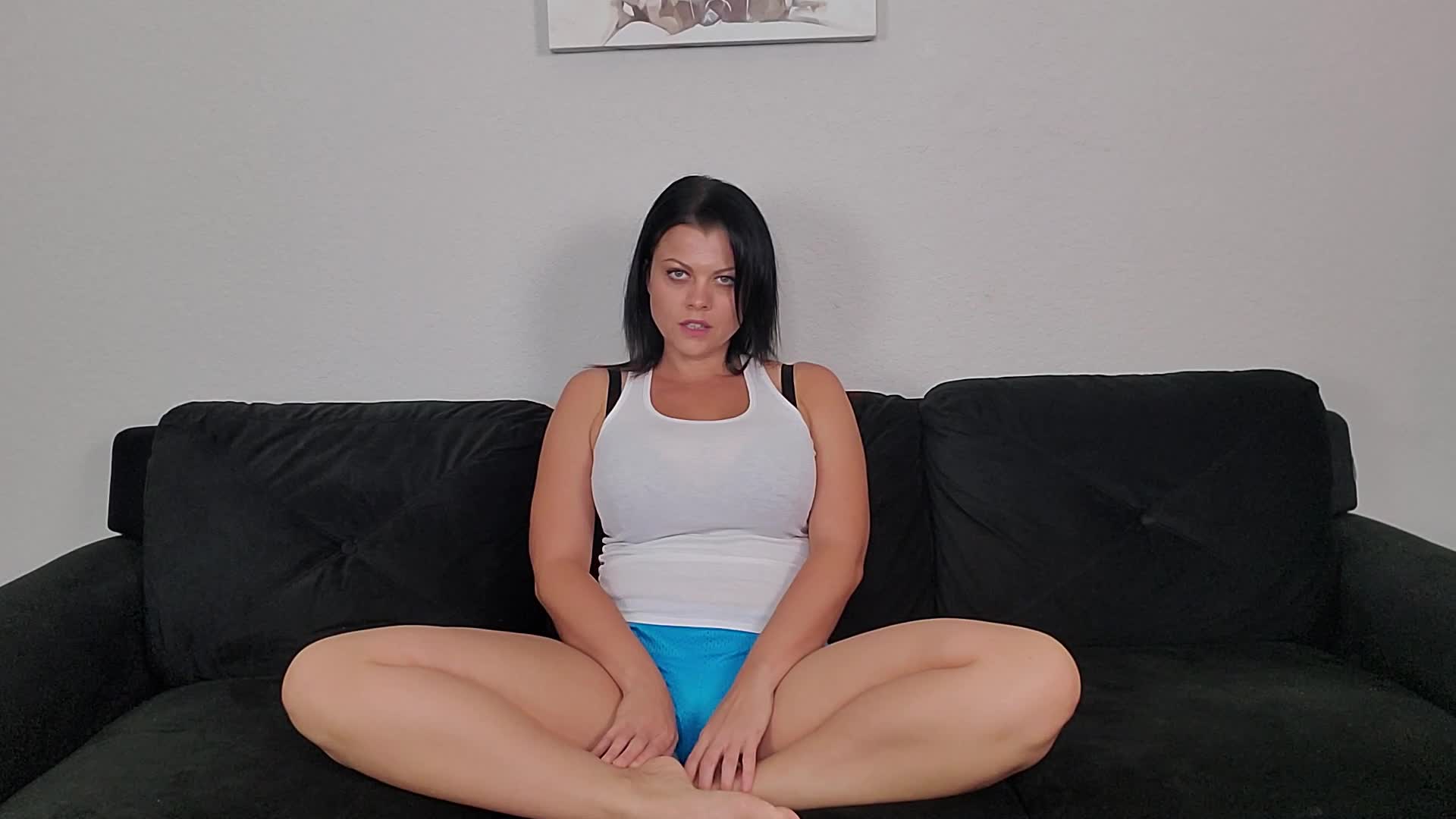 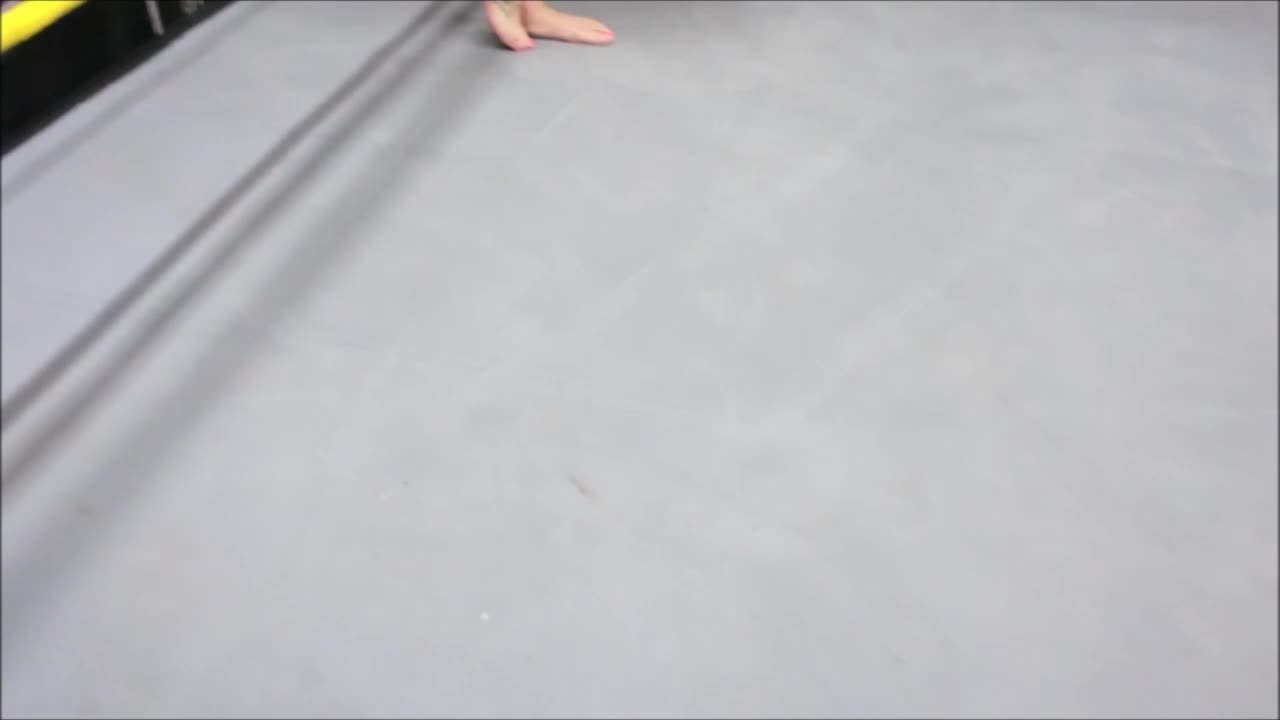 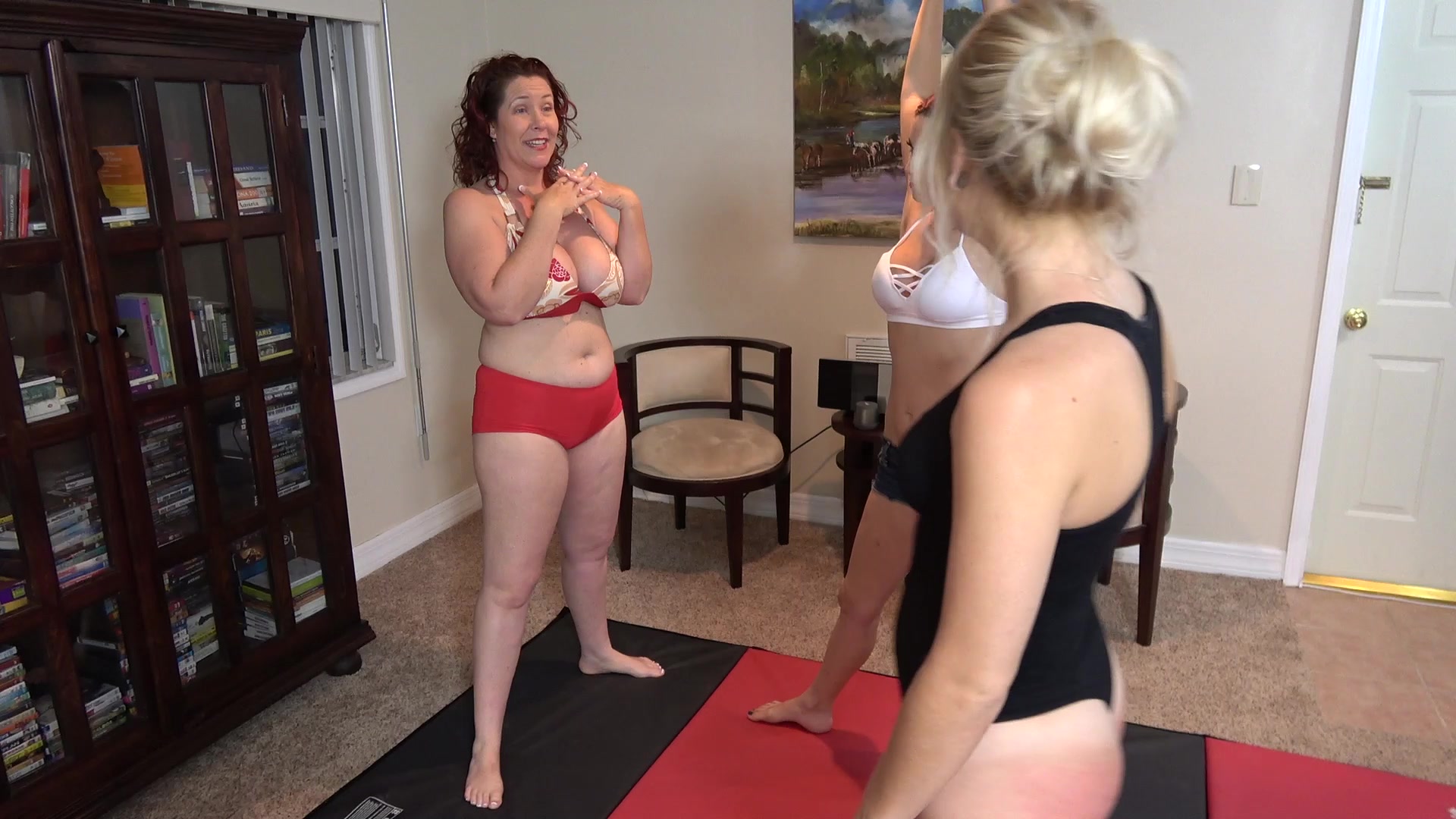 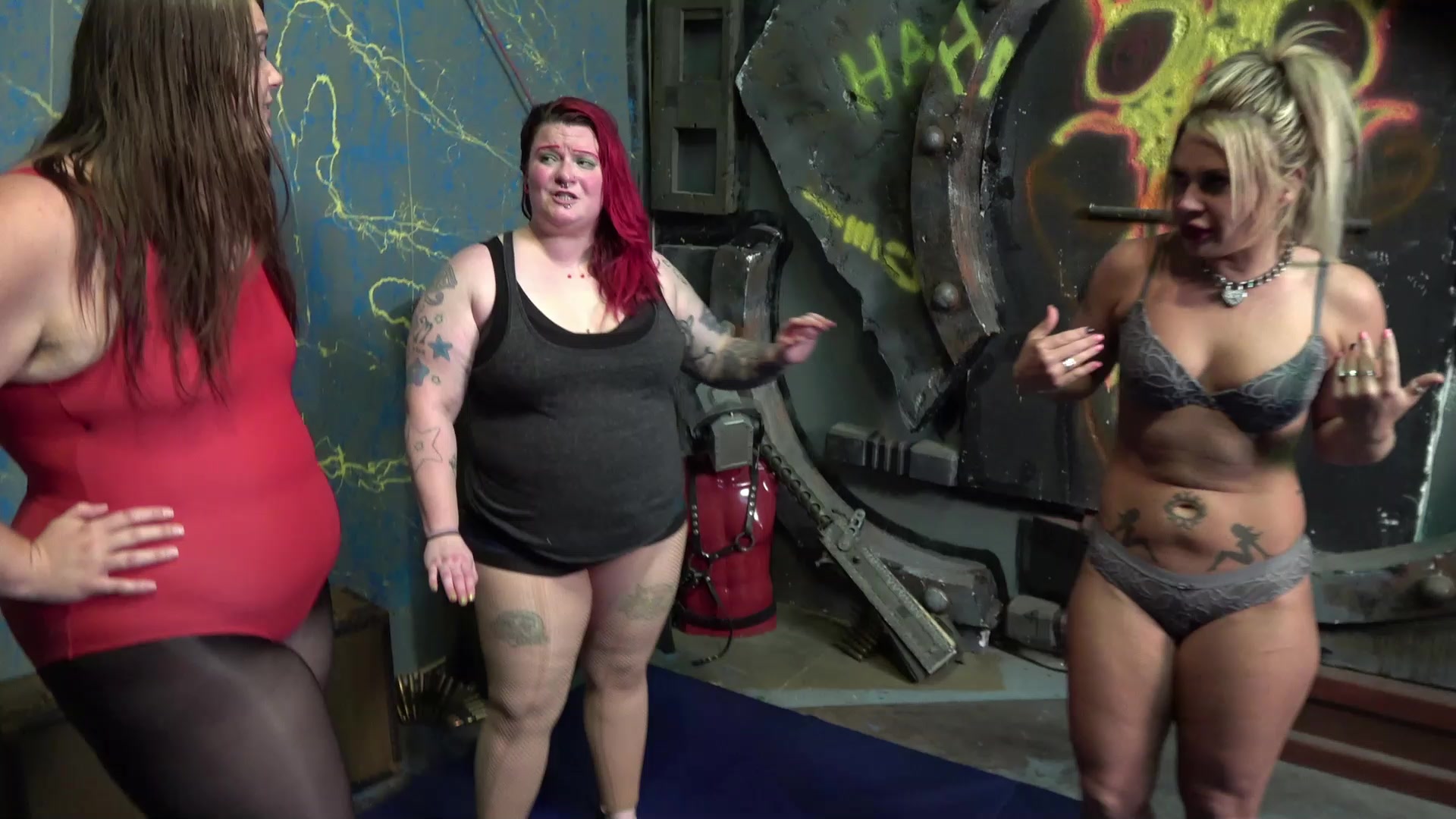 Jessie Belle vs "Hardcore" Heather Owens
Jessie Belle vs "Hardcore" Heather Owens
Old Rivalry Squeezed! (Squeeze MATCH) Past geographic rivals meet again in "Old Rivalry Squeezed", as the southern belle Jessie Belle takes on her old northern yankee nemisis "Hardcore" Heather Owens. In their previous encounter that was shot in a UWW ring "Civil War", the two had a pretty back and forth match that was won by Jessie with an old school DDT. Here though, on Heather's CBW turf in Florida, things are just a little bit different! Jessie is facing a highly motivated Heather this time and it shows, as Heather totally Squeezes her! Heather comes into this with a major chip on her shoulder, being tired of hearing about Jessie in relation to her. She is determined to put a stop to all the talk right here and now! It takes a bit for her to get her groove, as the two chain wrestle a little early with a hammerlock used by Heather, and a headlock used by Jessie, but once Heather is able to get Jessie to the mat with a hard chop to the stomach, she's pretty much off to the races! "Hardcore" shows exactly why she is that when she has her southern foe down, viciously attacking her on the mat to the point of Tasting her head! Jessie tries to battle back briefly, taking Heather down when she tries to smack Jessie's gritty southern ass, but following dual pin attempts, Heather puts her in a sleeper hold. The sleeper doesn't get a victory for Heather just yet, but she has now established firm control of Jessie! A second try to fight back via a jawbreaker on her is again short lived, as Heather moves out of the way when Jessie runs at her in the corner, and having her prone there, starts to chop her in the chest Ric Flair style! Jessie curses Flair, but she is helpless to do anything about her predicament! Heather's strong assault continues from there, as she follows the chops with some throat ****, and then after snapmaring her out of the corner, kicks her hard in the small of her back and puts her in a debiliating surfboard submission, laying on her back as she locks it in for more leverage. I don't think Jessie expected this from Heather today! Soon after this brutal hold, it is back to the corner for Jessie, where she suffers a humiliating stinkface, one that is repeated a few times as Heather relishes putting "water" in Jessie's grits with her classy white ass, and also endures a boot ****. There's little doubt who is dominating who right now in this bitter fight! Back in the middle of the ring, Heather hits a fisherman's suplex that garners a 2 count, before once again channeling her inner Flair by putting on his most famous submission, that of course being the classic figure four! Jessie is in immense pain from this, and though she manages to escape it by craftily untying Heather's boots to distract her and tben dropping elbows to her knee, that pain is only made worse later when Heather targets the legs a bit more, stomping at it. Jessie is left to fight on one leg basically from here, and as the saying goes, one legged people in ass kicking contests don't tend to fare very well! In between the figure four and the leg stomp, Heather uses a few other rough tactics on Jessie, stretching her out on the mat in a variation of an abdominal stretch, and delivering a hard crotch kick to her as she lay spread eagle in the corner. Heather could pretty much do anything she wanted to her hated enemy at this stage of things! Jessie is hurting badly! Desperate to find some way to stop Heather's onslaught, following the further leg attack that is followed with a stomp on her wrist, Jessie manages to get an elbow into Heather's midsection, that gives her enough time to plant her face into the mat with a reverse russian leg sweep. Unfortunately though she gets a little overconfident after it, telegraphing a "randy savage like" standing elbow that Heather is able to move out of the way of. This sets up what was really an inevitable end, as Heather seizes the opportunity to finish Jessie off once and for all, applying a crossface that gets her to tap out after a short time. Poor Jessie! She may have been better off staying in UWW territory, because coming to Heather's neck of the woods didn't end well for her at all! Heather made a strong point on her here, making it abundantly clear who the better woman between the two really is! Great match to check out if you like to see Heather Owens get "Hardcore" as only she can! (Shot in 4K)
Read More
Female Wrestling
Video Length: 00:10:35
Video Length: 00:10:35
File Type: mp4
File Type: mp4
Resolution: HD 1080p

This website is for adults only and contains sexually explicit materials. You must be at least 18 years of age or the age of consent and lawfully permitted to enter and access this website.
Gatsby Enterprises, Inc. dba IWC International 7190 Sunset Blvd. Suite 1423, Hollywood California 90046, USA

Please read the following before entering iWantClips.com. This website contains uncensored sexually explicit material unsuitable for minors. You must be at least 18+ years old and the age of majority in your place of residence to enter! If you are under age and you do enter, you may be violating local, state, federal, or international law. Parents, use the Parental Control Bar to control what your children see online.

You state the following facts are accurate:

You must agree to our terms of use and be 18+ to Enter!